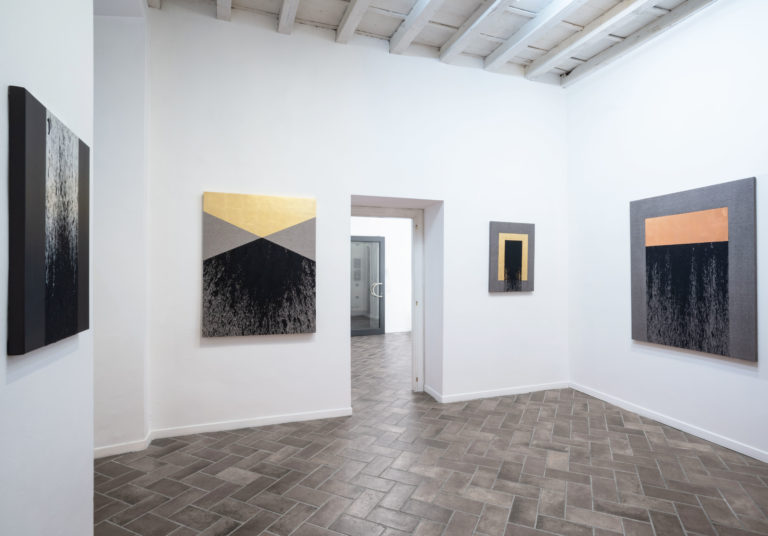 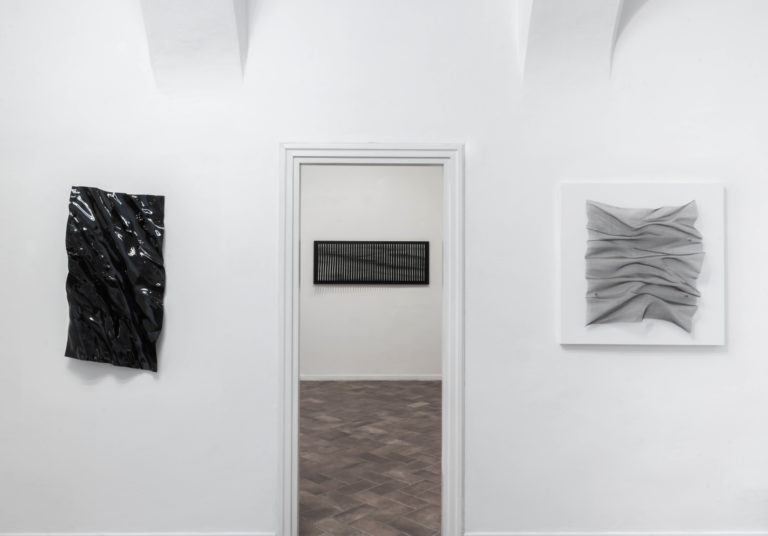 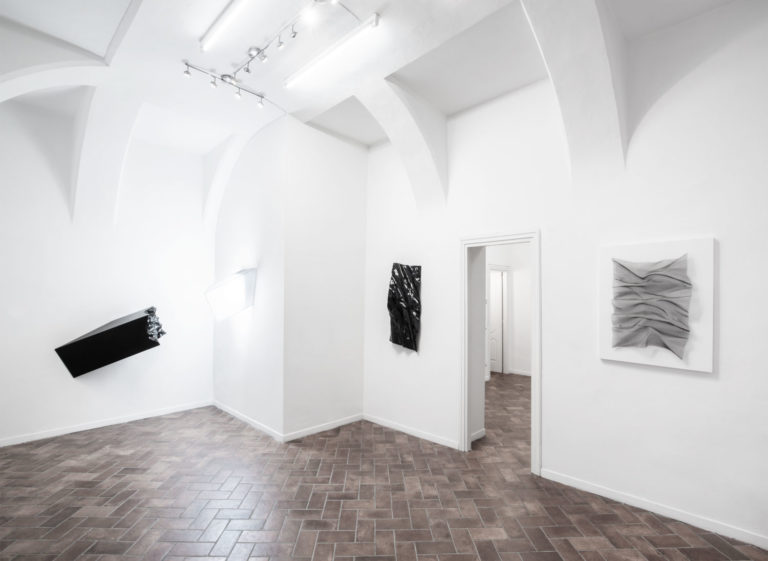 From the Latin, expansion.

Action and effect of expansion. Action to effusively express a feeling or mood.

The work of Mareo Rodríguez is organic. His plots evoke landscapes of other times, perhaps a nostalgic effect on his past between memory and oblivion. Nature, matter and immateriality and the passing of time leave their imprint on reliefs and volumes that the artist cleverly uses to articulate the present.

When one contemplates his work, one perceives the plastic power exerted by the latent black color in many of his compositions. Black and its metaphorical power associated with pain, death and mourning it takes on a new connotation in its production. When Kasimir Malevich presented his Black Square in 1915, he claimed that his work was not an imitation of reality but a reality in itself. With that he emphasized the idea that his work was not a demonstration of skill, but the materialization of an idea and that materialization is what Mareo seeks.

Its black illuminates, attracts and captures the viewer’s attention on a journey that evokes personal introspection. By observing their works, they invite us to reflect on the spiritual component that surrounds each of our daily actions. His determination to explore the relationship between matter and the passage of time they are translated into loose brushstrokes and plots that remind us of volcanic lava. A lava that reveals itself to us as a primordial force, as a creator and destroyer of all that is organic and encourages us to reflect on the fragility of the human being.

Mareo plays with a constant chromatic dichotomy in his artistic production. Always looking for a spiritual balance, it combines, plays and expresses itself through solid and strong tones. His universe is composed of immaculate whites, pure blacks and golden reflections. Lights and shadows as a form of expression interspersed with golden bursts that illuminate and complete the works.

Gold is hinted as a metaphor of alchemy and as the power of the transmutation of matter. His struggle to achieve spiritual balance is reflected in these combinations: an incessant search for the artistic representation of nature and, at last, of himself.

Frequencies and Mantos reveal their anxiety of studying and trying to decode the relationship between organic and geometry as pillars to understand nature. Vertigo digs into one of the obsessions of every human being that is nothing but the desire to control nature, the staff and that, ironically, is unattainable because its intrinsic condition is ungovernable. His work does not remain static but is perceived as an adequate and coherent link in his personal and artistic evolution.