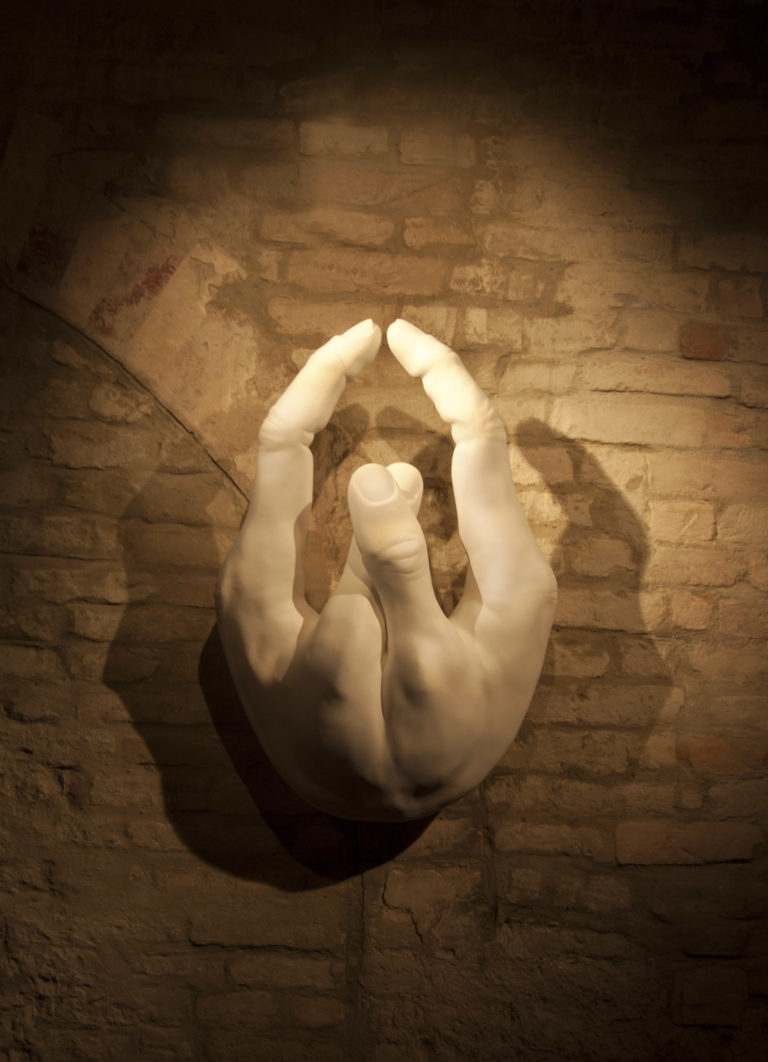 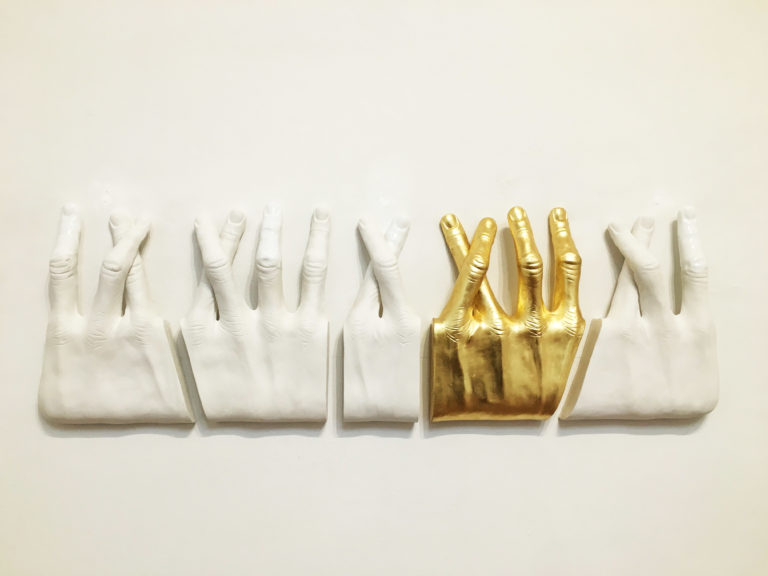 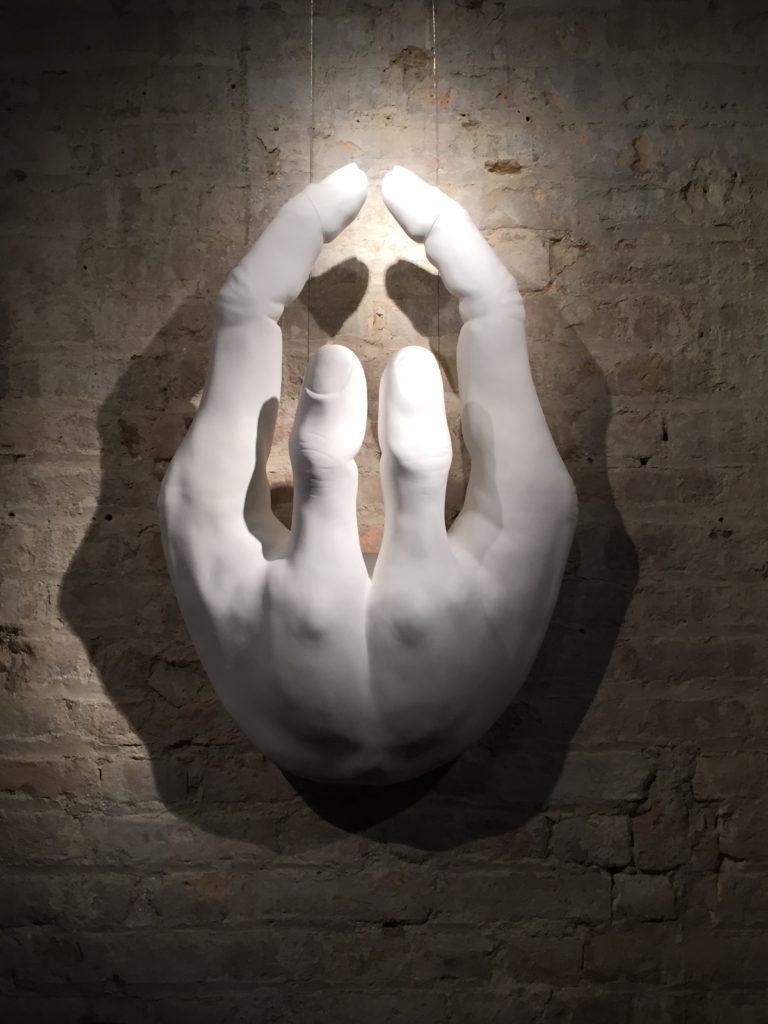 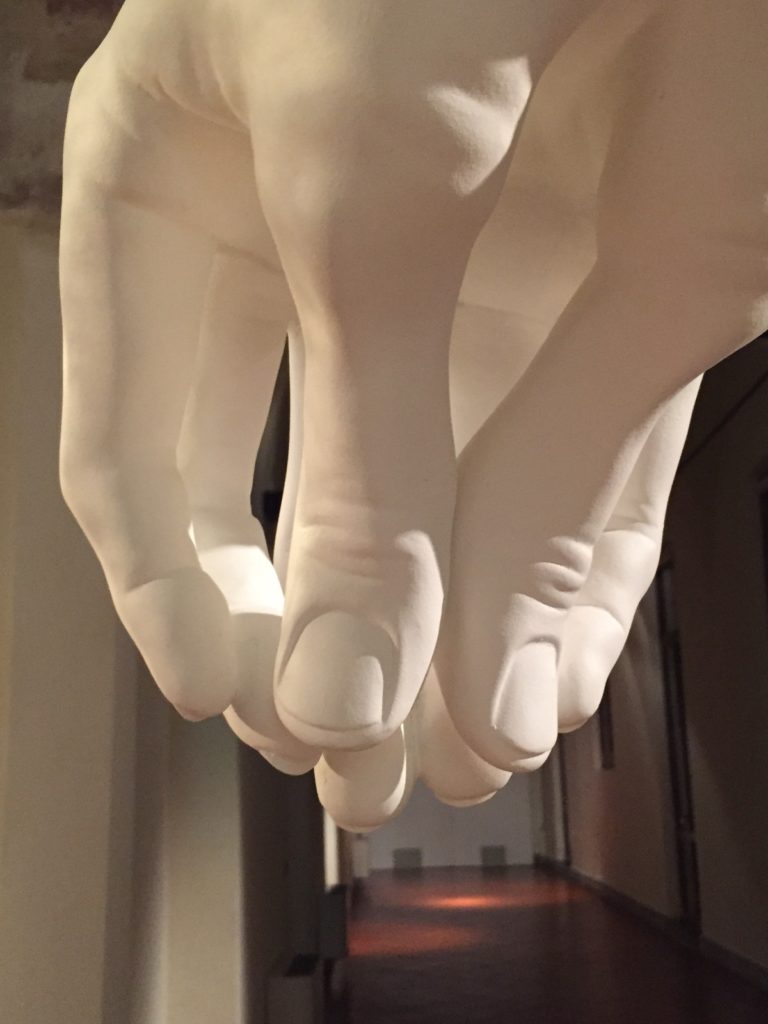 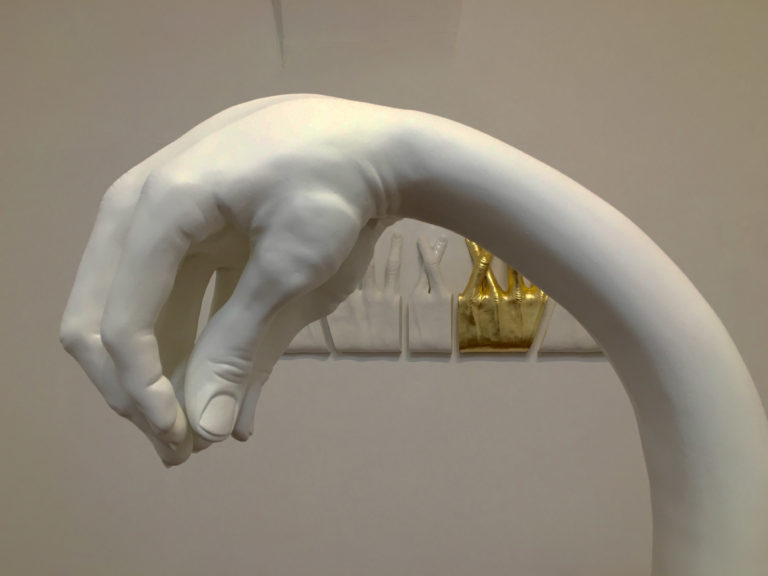 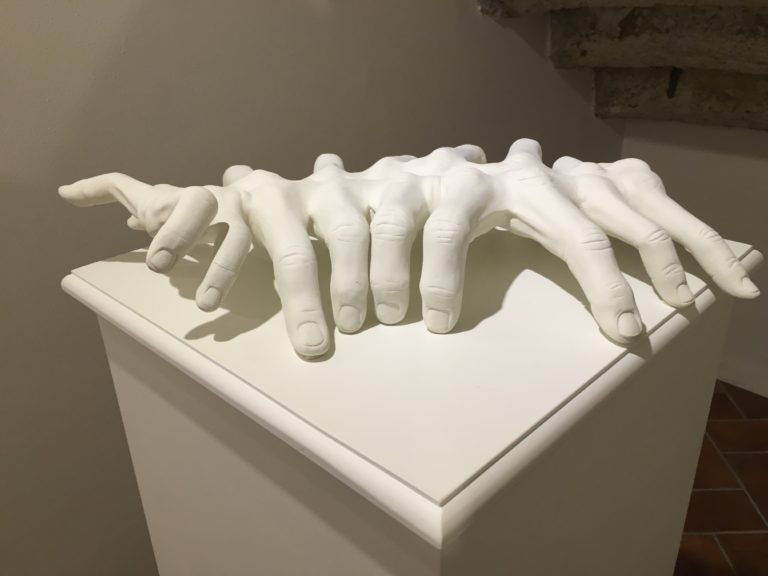 The exhibition The Archetype, dedicated to Alessandro Boezio by the E3 Arte Contemporanea Gallery in Brescia and held at the Fondazione San Domenico di Crema, and later in the gallery in Brescia, explicitly addresses this complex substrate of references and meanings that have come from Boezio’s research, expressing, as in the title, the centrality of his study of symbolic  and archetypal gestures.

In Crema Boezio, stimulated by the analysis of late Gothic frescoes by Pietro da Cemmo that are preserved in the public areas in the city center and in line with its decision to develop exhibitions that are linked closely with the area’s culture, delved into the gesturality found in The Last Supper, beginning with that of the same proto-Renaissance artist, while comparing it to that of Leonardo Da Vinci and choosing, in particular, the hand gestures of the Apostles and Christ. This is a theme which has spurred on several contemporary artists such as Peter Greenaway of the Last Supper by Leonardo, which is a fascinating iconographic and iconological-semantic journey between painting, cinema and music.

The gestures of the hands in the holy scene is an irritant by Boezio within the title of the sculptural installation, The Last Scene, and in the selection of the fingers of each diner, molded in white ceramic and Lombardian terracotta, also in the distinctive color scheme and modeling of individual compositional elements: politeness in Christ’s white finger, and in the presence of increasingly intense red to indicate the feelings of passion and sacrifice in the Apostles, but also of corruption in the case of Judas. Feelings expressed also through different forms of modeling from the most basic which in Judas results in a true explosion.

In this complex sculptural work we find the incipit and the receptacle that contains the sense of the whole project of The Archetype.  It demonstrates Boezio’s cultural maturity, in which he’s attentive to the importance of the ritual gestures and beginning with an attentive study of the representation of the Last Supper, a spiritual and metaphysical message that still today constitutes the base of our visual culture, recovering both the archetypal value of gestures from Greek mythology and the Renaissance.

Other hands transformed by Boezio’s vision can also be found in the exhibit: starting with the dramatic and touching Pater Noster, formed by three hands in white ceramic, with the palms facing the viewer, placed at eye level, from which 10 gold wires, moving upwards towards the ceiling form a piramidal compostion.  It becomes a rare cone of light measuring the air in which the gesture is released.  It is a warning call for a renewed meeting between body and spirit, physical and metaphysical.

The theatrical element of the sculpture is heightened here, as in the work of white epoxy, La Metamorfosi del Cigno(The Metamorphosis if the Swan), that responds spatially and formally, evoking a bird in the lenghened forearm and in the hand gesture: absolute tension, something between nature and culture, animal and human.  These have always been important themes in sculpture through the ages and are now reinterpreted by Boezio within a distorted anatomy and with a haunting beauty.

In Brescia, where his personal exhibit enriches the conceptual sense of the archetype and adds to it the definition of apotropaic, Boezio works with hand symbolism depicting good luck, through a subtle anylysis that covers both the traditions of his homeland and also reflects the passage of gestures between different generations.