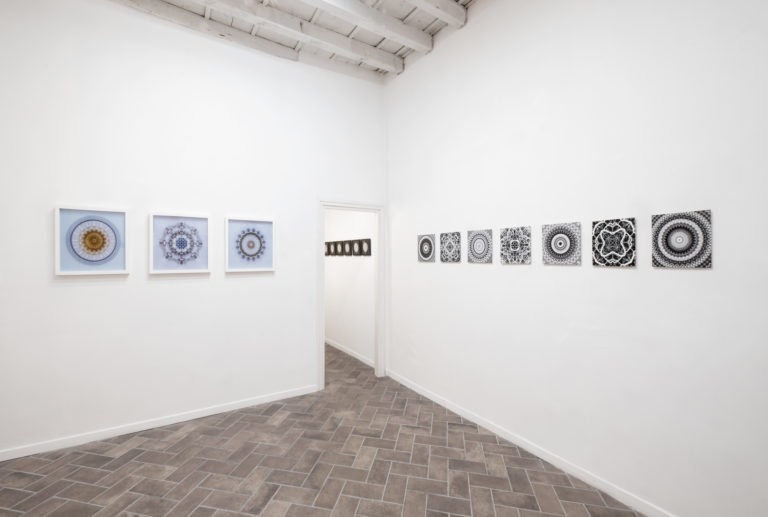 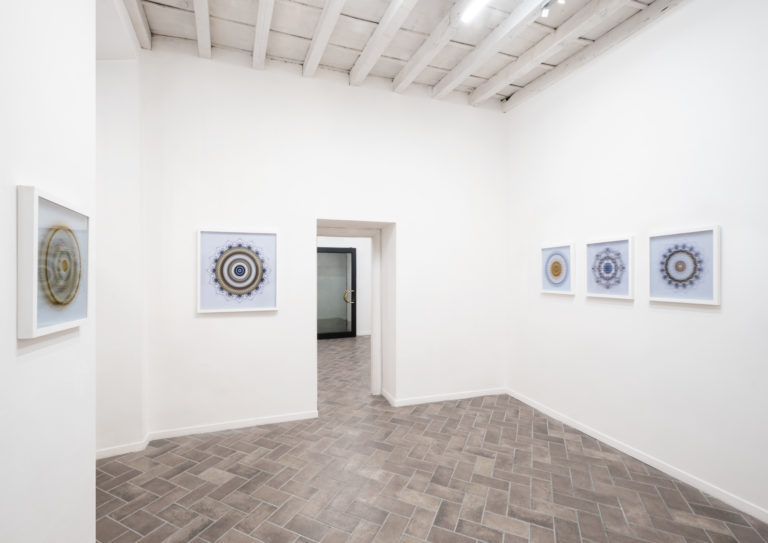 There is a profound difference between lookingand seeing.  It’s the same difference that exists between seeingand seeing beyond, breaking from convention, exploring something from different points of view, and the perception of a different reality, or what one believes to be realty, a realty that is assumed to be, conditioned by the clichés and by the so called cognitive biases. But instead, there is a seperate reality, or atleast the possbility of it; and it is just that possibility that Silvia Serenari makes visible and perceptible by dismantling, element by element, a bit of everyday reality, in order to translate it through imagination.The operation of distortion and recomposition to which the artist submits a single moment of “what is true”, wrenching it away from the sphere of reality, results in figures of rigorous elegance, similar to a mandala or what can be seen through a caleidoscope: ideal geometry, perfect lattices that are esthetically pleasing and fascinating.  Like a small, wonderful mermaid, whose mystifying presence, therefore captures the attention of the viewer, causing him to linger and gaze ever deeper, in an attempt to understand it more fully, to bring it back to something more readily recognizable, from which it has completely lost its  original appearance.  But Serenari’s enigmatic figures, these isolated structures that have been pigeonholed with Cartesian precision as if they were molecules under the microscope, they carry within themselves the secret of the object that generated them and do not betray it. Simona Bartolena